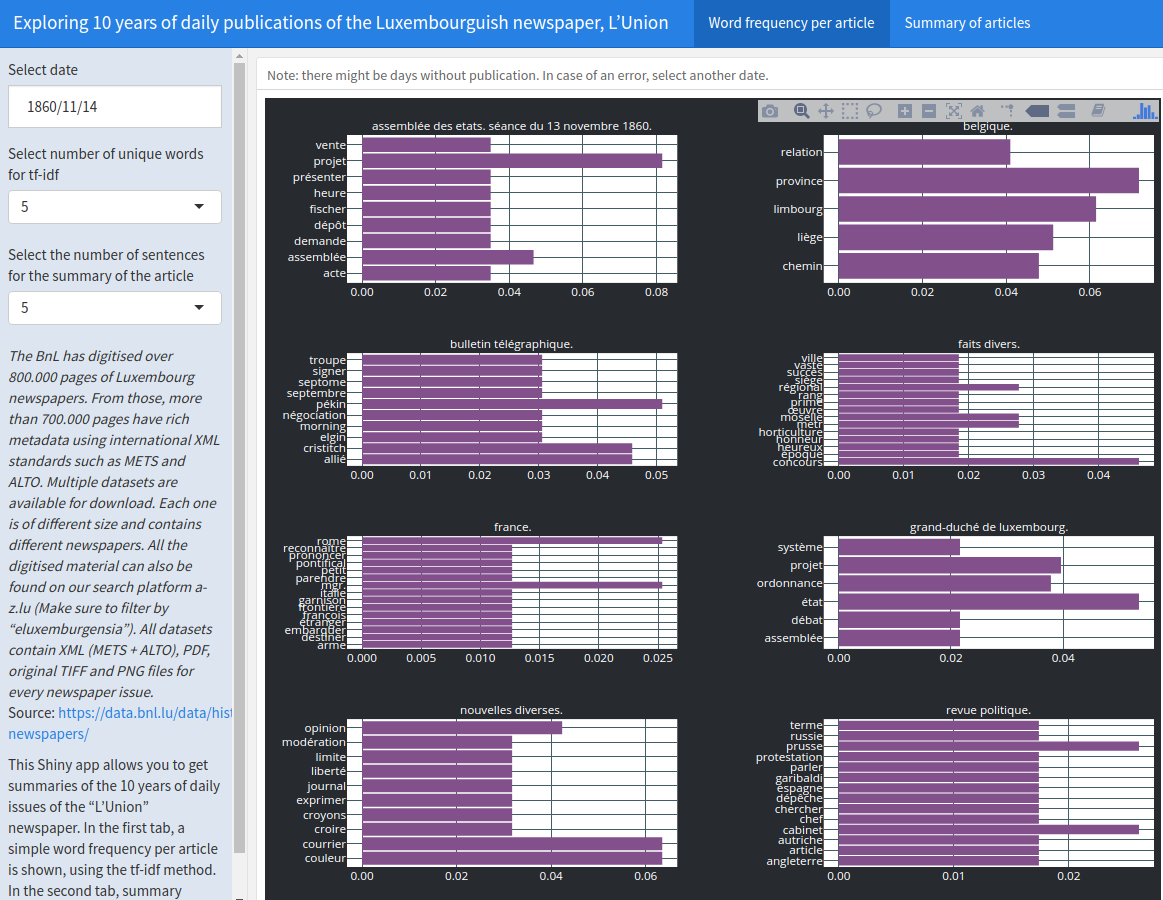 I have been playing around with historical newspaper data (see here and here). I have extracted the data from the largest archive available, as described in the previous blog post, and now created a shiny dashboard where it is possible to visualize the most common words per article, as well as read a summary of each article. The summary was made using a method called textrank, using the {textrank} package, which extracts relevant sentences using the Pagerank (developed by Google) algorithm. You can read the scientific paper here for more info.

You can play around with the app by clicking here. In the next blog post, I will explain how I created the app, step by step. It’s going to be a long blog post!

Using the app, I noticed that some war happened around November 1860 in China, which turned out to be the Second Opium War. The war actually ended in October 1860, but apparently the news took several months to travel to Europe.

I also learned that already in the 1861, there was public transportation between some Luxembourguish villages, and French villages that were by the border (see the publication from the 17th of December 1861).

Let me know if you find about historical events using my app!